Throughout Clinton County, thick layers of limestone near the earth’s surface give way to layers of coal. That coal was a big part of the growth of our towns, a source of many jobs, but also of much sorrow over the years. 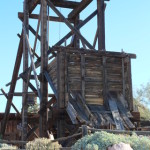 Major mines played a big role in the growth of towns such as Trenton, Breese and Beckemeyer (formerly known as Buxton). By 1905, history records that nearly 15,000 train cars of coal were shipped out of the county monthly, while thousands more tons were sold locally. In all, the annual output from these mines—including lump, mine-un , slack, screenings and egg—was more than 600,000 tons!

The first coal mining in Trenton was established in 1865 by three local gentlemen, John Hanke, William Schaeffer and John Bucher, and really took off in 1868. Eventually Hanke bought out his partners, increasing output and staff substantially. He went on to sell the business to the Consolidated Coal Company of St. Louis. It became a big player in a small community; in their heyday, the South mine in Trenton and West mine in Breese employed up to 500 people. Injuries and death were sadly far too common in such a dangerous field.

In 1904, the new coalmine in Buxton was said to have a main shaft that went down 85 feet. Its lead vein was said to measure 8-feet wide and had more layers of coal than anywhere else in southern Illinois. By January 20, 1905 the mine averaged three railroad cars of coal daily. The next day an explosion led to a fire that destroyed the mine entrance and caused severe injuries to workers. One month later, there was an election and the town’s name was changed from Buxton to Beckemeyer, a prominent family name in the area. (Beckemeyer families owned both the large general store and lumberyard).

In its day, Beckemeyer was home to the largest mining operation in the County, consisting of three mines that were 450-feet deep and employed about 250 men each at its peak. In 1933, a fire destroyed the coal mining screening plant. Not long after that, an airshaft in the mine caved in. But the greatest disaster in the town occurred in 1947, when a major explosion in the mine caused the death of nine local miners and injuries to scores more. Today the Coal Miners Monument on Louis Street in Beckemeyer depicts these downed workers, and pays tribute to the men who helped build one of Clinton Counties largest industries.

It wasn’t fire, but an equipment failure that sent six men to their death at the Breese Trenton Mining Company’s Breese operation.A cage filled with the miners fell 300 feet down the shaft, killing them almost instantly. Amazingly, no other miners were seriously injured.

A visit to the Breese Historical Society website is in itself a goldmine. Here you can view wonderful photos of the mines, a well as articles relating the successes and tragedies that occurred there.

Take a drive through Clinton County some weekend soon, and you’ll not only discover its rich history, but it’s every-day charm as well!