You can always count on the Clinton County Showcase in Breese, Illinois, for great family entertainment, and this summer season is no exception. The lineup includes an all-time family favorite, an ode to working women, and a thriller that’s become a cult classic. Buckle up for a fun time! 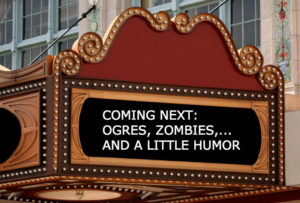 Shrek Jr.
July 7 – 10, 2017
This endearing play stars the lovable green ogre and his buddy Donkey. Follow their adventurous trek through the “Big, Bright, Beautiful World,” as they deal with scary twists and turns on their way a happy ever-after.

9 to 5 The Musical
August 4-7, 2017
Dolly Parton wrote the music to this 1980’s hit. Set in the 1970’s, the comedy, which takes on the friendship and trials of working women, is thought-provoking, witty, and even a bit romantic.

Night of the Living Dead
September 8-11, 2017
Horror and dark humor combine in this classic thriller. After a radiation fallout from Venus transforms earth’s unburied dead into zombies, they terrorize humans trapped in an isolated farmhouse, as normal behavior becomes anything but.

As you can see, summer nights in Clinton County, Illinois offer fun—and sometimes a little drama!