Pictures can tell a lot about a place, and the murals in Centralia, Illinois tell a wonderful story. Found in several places throughout this Clinton County community, the Centralia murals depict the town’s heritage and its residents.

Three of the murals relate to the American Legion and military’s role in the town. 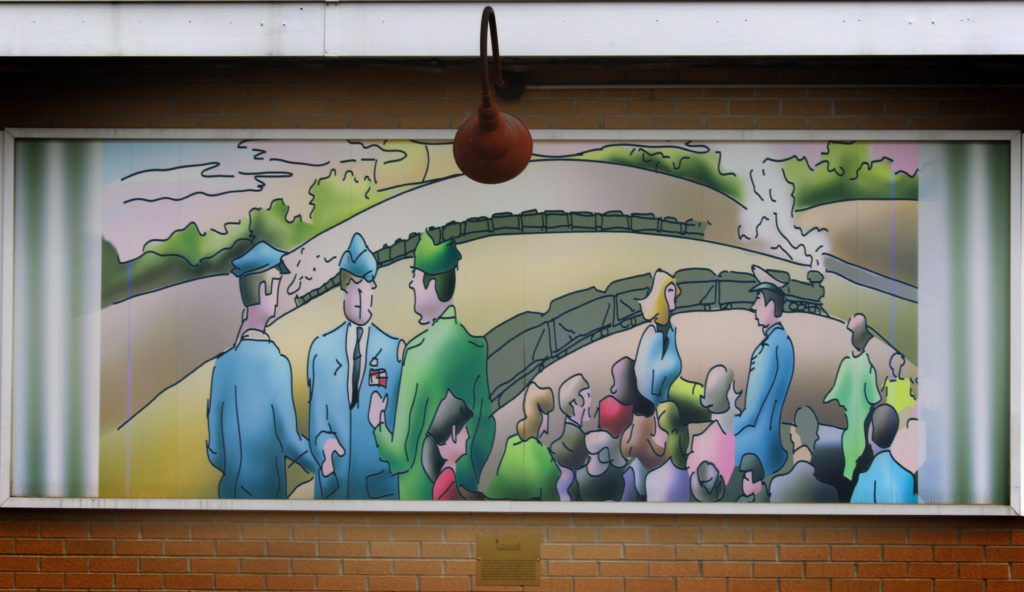 Titled “Service Man,” the first of these features four branches of the military at an award ceremony during an American Legion dinner. Note the coal train in the background—it’s an homage to the influence of Illinois Central Railroad on the founding of Centralia. 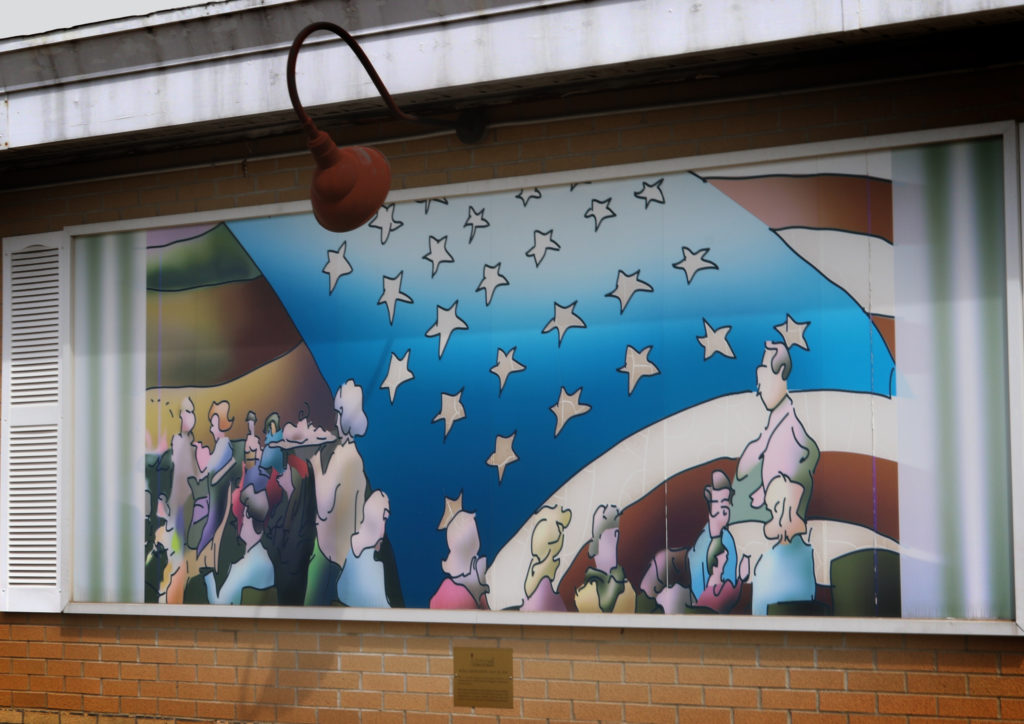 Chicken dinner at the Legion hall has always been popular, so it’s fitting that this is the focus of “Area Residents.” The mural’s background is a patriotic stars and stripes with a wagon wheel (not seen in photo) as a chandelier. 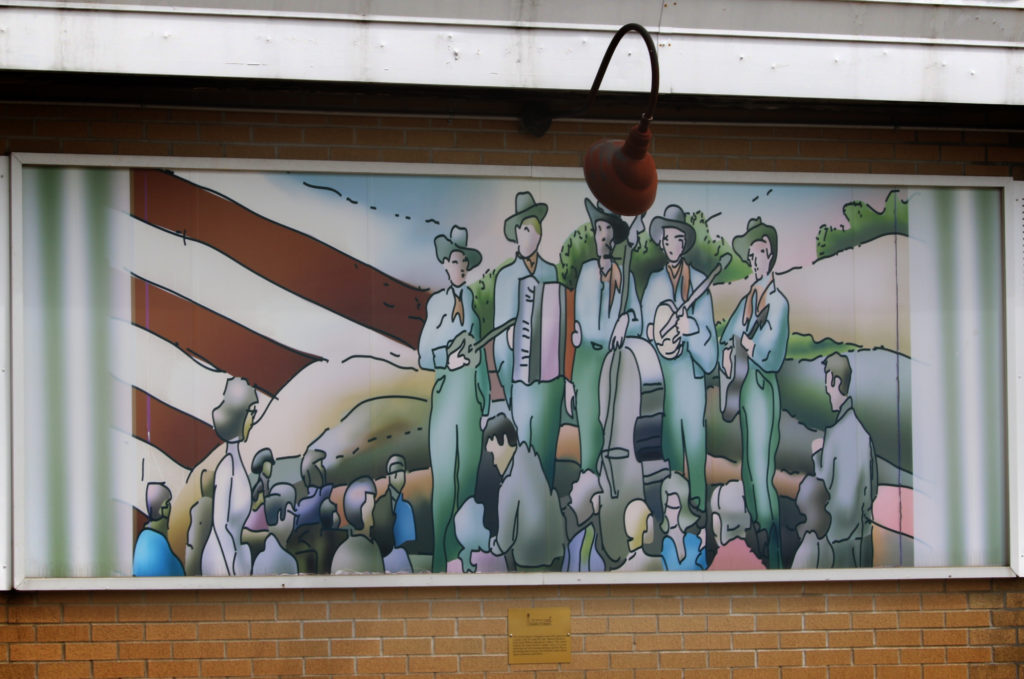 “Illinois Playboys” is the third of the Legion-focused murals, and refers to the 1920’s and 30’s when a band from Warmac, Illinois, called The Playboys played a dance here. The “amber waves of grain” is a nod to our farming heritage. 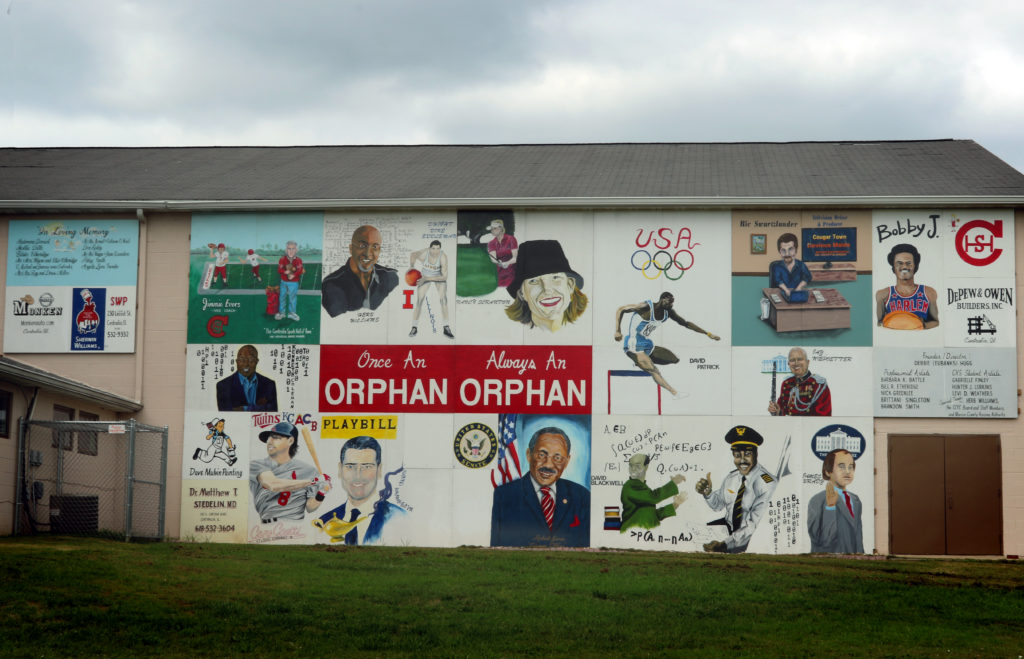 The “Youth Mural” highlights 15 local legacies, spanning the arts, business, politics, music, math, science, and athletics. It was done at the Centralia Community Youth Center to inspire youth and show them that no matter your background, you can do great things. 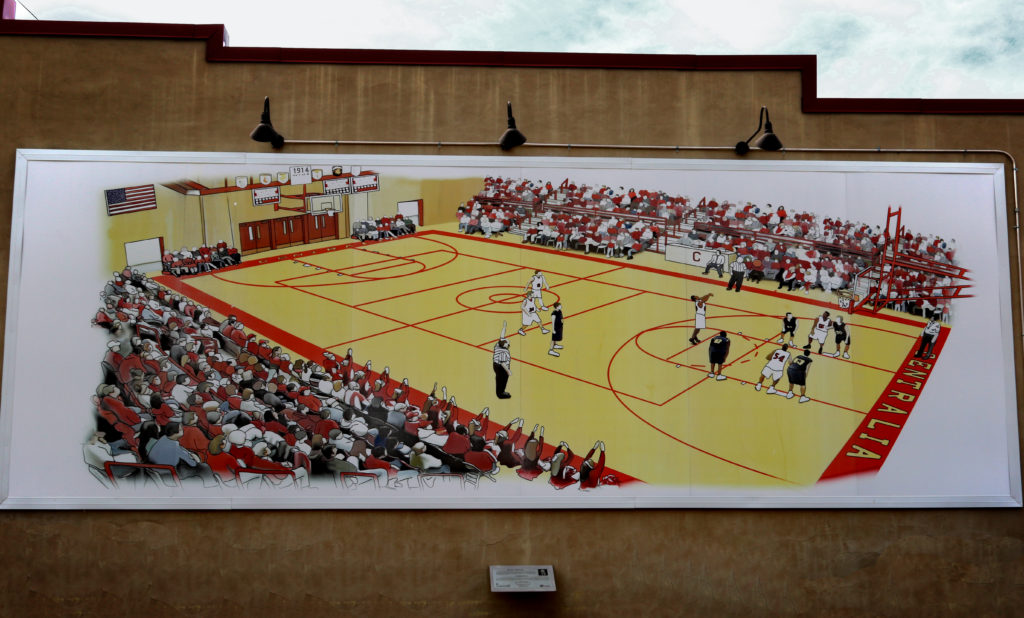 The Centralia Orphans basketball team and coach Arthur L. Trout (namesake for the Centralia gym) hold the Illinois record for the most wins at one high school. The basketball team is celebrated in “Last Game,” located on the side of the Uptown Cafe.

Take a drive through Centralia to see these murals and enjoy another slice of live in beautiful Clinton County!