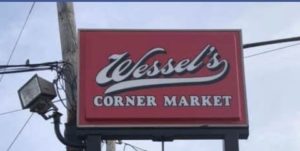 You’re always family at Wessel’s! Whether you need a cup of fresh brewed coffee to start the day or to fuel up before hitting the road again, Wessel’s Corner Shop has what you need. Starting bright and early, Wessel’s opens at 6am, Monday through Saturday, and doesn’t close until 9pm. They’re even open on Sunday, from 7am to 4pm!

Wessel’s loves representing the different facets of our community and they do so with passion! They sell local meats such as thin beef ribeye and bacon cheddar bratwurst patties from Main Street Pastures, as well as ice cream products from Prairie Farms, who are proud to say that they are both locally owned and sourced in Illinios. But do the hard working folks at Wessel’s stop there? Not by a long shot! Hot soup, drinks, and goodies, as well as breakfast sandwiches and pastries are just the beginning of their impressive food selections. But if you’re not looking for food, Wessel’s still has something for you! In addition to being gas stop, they carry goods such as card tickets for local games, raffle tickets for local events, and even maps for yard sales around the town.

You can grab some grub and some good conversation at Wessel’s, with Jan or Nick or any of their friendly employees. Visit the Wessel’s Corner Store Facebook page to see what they’ve put their special touch on- this season for instance, are the blue and white “Blues” Cookies in support of the St. Louis Blues. When you stop by, make sure to take a picture with the white rocking chairs so you can say you were “Rocking at Wessel’s”! 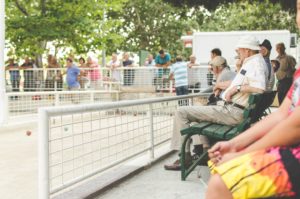