It wouldn’t be the beginning of fall if we didn’t announce that Taphorn Orchards is now open for the season! This local orchard in Beckemeyer, IL has a history of hard work and dedication that underscores the values still held today.

The orchard has been cared for and passed down by family members since its inception. Currently, it’s run by third generation growers Stanley and Lavonne Albers, who also guide the fourth & fifth generations of family members in the care and routines of the grounds.

Stanley’s grandfather, Herman Taphorn, planted his first apple trees in 1925. He was already working in a coal mine and continued to do so until the trees started producing. Herman then left the coal mine, and worked in the orchard for over 60 years! 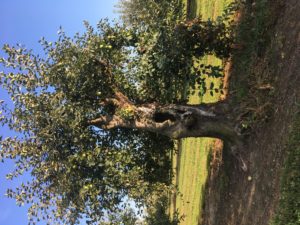 Herman had a different variety of apples than we do today. He had varieties of winter apples called Winesap, Blacktwig, and Yorks, these apples had tough skin to survive the winter months. When he first opened, due to the hardiness of the fruit, Herman was able to keep the orchard open until December. These days, Taphorn Orchard has one original tree left- the Blacktwig apple. Almost 95 years later and it still produces at least a bushel of apples every season!

Taphorn Orchard has now expanded over the years to include seasonal items such as apple cider, mums, pumpkins & gourds, and pecans. As a special treat, Taphorn also sells honey from bee hives located in the orchard! Running from Labor Day until the end of October, the orchard is open Monday through Sunday, from 9am until 5:30pm. Make sure you stop by to pick up some fall treats and family history! 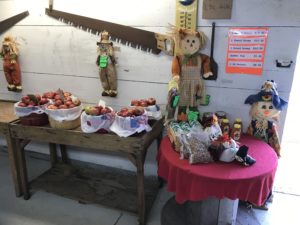