Two favorite characters, a rock musical and a time-honored American story with a humorous twist are all coming to the Clinton County Showcase. This non-profit community arts group, based in Breese, is always a good bet for entertainment, and this summer there will be plenty. So make a date with the family and plan to attend one or all of them. 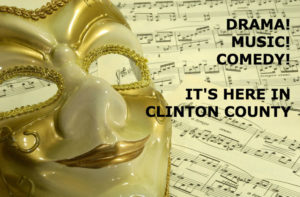 July 7-10, 2016, 8:00 p.m.
Shrek Jr.
General admission, $12; students, seniors and active military, $10
Everyone loves this friendly green ogre and his pal Donkey. Follow them as they journey into the forest, encounter a fire-breathing dragon, and eventually find a happy ever-after. Based on the Oscar-winning Dreamworks’ film and adapted from the Tony award-winning Broadway play.

July 9-12, 2016, 8:00 p.m.
Disney’s Mulan Jr.
General admission, $12; students, seniors and active military, $10
In order to reclaim the honor she lost her family, little Mulan disguises herself as a boy to train and fight for the army. She must keep her true identity a secret in order to protect her family and herself. This delightful story includes favorite Disney songs, such as “Reflection,” and “A Girl Worth fighting for.”

August 6-9, 2016, 8:00 p.m.
Jesus Christ Superstar
General admission, $12; students, seniors and active military, $10
The hit rock musical from the 1970’s is still a stellar show with fabulous music by Andrew Lloyd Webber, and story and lyrics by Time Rice. Based on the Gospel accounts, the moving play tells the story of the last week in Jesus’s life.

September 10-13, 2016, 8:00 p.m.
The Legend of Sleepy Hollow
General admission, $12; students, seniors and active military, $10
Adapted from the Washington Irving story, this play is a bit spooky and a whole lot of silliness. It features a goofy schoolmaster named Ichabod Crane, the woman of his dreams, Katrina Van Tassel; her jealous boyfriend, Brom Bones; and a graveyard of restless spirits in a fun-filled romp.

Drama. Music. Great Times. We have it all here in Clinton County. Come check it out!