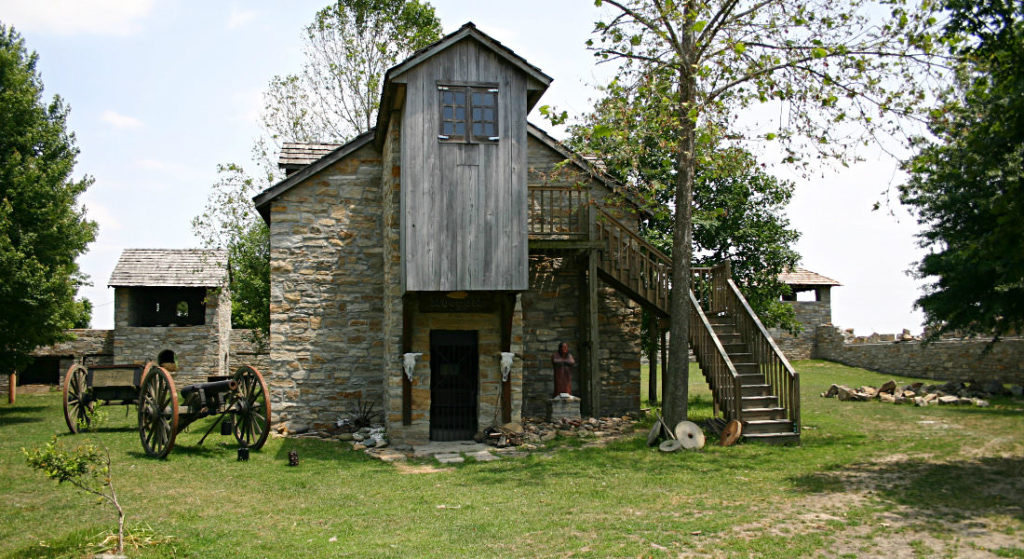 Bobby Eversgerd started building in 1984, and he just kept going. The goal? A replica of a Civil War-era fort. “There was nothing here but swamp when I started”, Bobby states. Wheelbarrowing piles of dirt, and hand-picking (as well as hand-placing!) each stone, Bobby has worked tirelessly for thirty years to create something straight from the history books. Layers upon layer of limestone make it seem impossible that one man has created such a marvel, but according to Bobby, “I’m a doer”. We would say so!

Bobby Eversgerd’s Civil War Fort is well known in Clinton County, even if it’s a bit hard to find; seemingly popping up out of thin air, you don’t know you’ve found it until it’s right in front of you. You’ll know you’ve arrived when you see a 10-ft limestone wall and a handmade Civl War-era cannon!

But the fort and cannon are only one piece of Bobby’s dedication to preserving the days passed. Visitors can also explore the cabins found inside the fort- all of which were renovated and furnished with Bobby’s personal collection of both European and Native American antiques and weapons. With wash tubs, straw mattresses, and kerosene lamps as the only light, visitors are transported into the Civil War-era seamlessly.

Happy to give tours and information alike, Bobby sees visitors anytime he’s around-which is often as this is not only his passion but also his own home! Rated 5 stars on TripAdvisor, Bobby Eversgerd’s Civil War Fort is something that has to be seen to be believed. Sticking to his Civil War-era guns Bobby doesn’t have a website or social media, so here’s the address: 6251 Shoal Creek Rd, Germantown,IL 62218.

If the sun is up, Bobby is ready to impart his expansive knowledge on anyone that finds themselves walking through this historic spectacle.